Normally, at the end of each year, I'll list my top five books, albums or general cool things, this year though, I'm doing summat a little different. I think in the main this is down to turning 40, a chance to look back over four decades of existing and wondering how many more I have ahead of me. Now, it's all about making sure I experience the things I want to, whether that's something as banal as reading a book I've been meaning to get to, see a band I've longed to see or watch monster trucks jump over cars, I'm going to be trying to get as much done as possible. So, with that in mind, here is my top ten experiences of 2017, in reverse order, to try and maintain a sense of building tension and wonder. 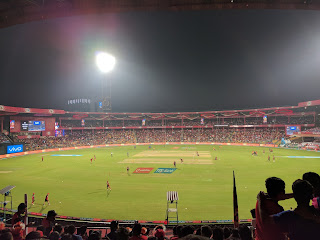 Some might consider this an odd choice, as I went there because of work, and spent two days with chronic bum wee, but still, a chance to see a different part of the world is always a good thing. The infrastructure in Bangalore is a little...spartan, but the people were lovely, and to see somewhere you never thought you'd get to witness, was worth the Immodium. 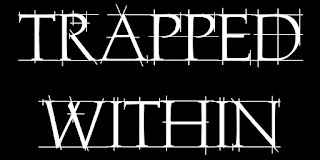 Man, to think I nearly canned this, am so glad I decided to put the problems that I was facing at the time behind me, and focus on getting it published and out there. The first ever release through my little label, EyeCue Productions that wasn't a book completely written by me, and I'm really pleased with how it came out. The main thing though is that I was able to get some cash across to the Stroke Association, which is a charity close to me and my wife's heart. So far, aside from the £100 donation made first off, all sales and page reads made up to the end of October 2017, the book itself has raised £322.92. Think that is pretty good going, all things considered. This book will continue to send all proceeds from every sale through to the charity directly, FOREVER. A big thank you to everyone who has bought it, or read it through Kindle Unlimited, I really appreciate it. 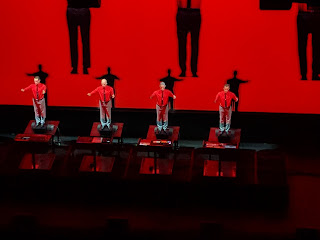 I've got a mental list of bands that I would love to see live, who I define as classic artists, for one reason or another. When I saw that Kraftwerk were doing some live dates, I knew I had to go see them. After missing out on tickets at Bristol, I managed to snag a pair for Oxford. The wife wasn't that fussed, but I convinced her to go, and even she enjoyed them! That's pretty much a seal of approval right there. They were phenomenal, and it's another one ticked off the list. 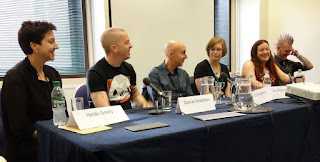 Now, I come across as quite a confident chap, I think, but still, the thought of sitting in front of people, talking about a subject, filled me with dread. Coupled with a monumental hangover, and dodgy guts, this was always going to be more interesting. The theme was humour in genre fiction, and fighting against imposter syndrome, I got stuck in. I loved it. It helped knowing that Adam Millard was on it too, and that Mister Feeney and Justin were in the audience. I quickly got into it, and the time flew by, which is always a good indicator that things went okay. I followed this up with another panel later in the day, by which time I had relaxed sufficiently, and was able to give my thoughts on dystopias. Which is nice. 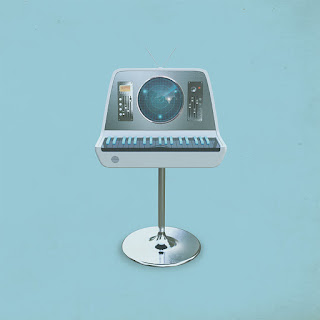 I got into Enter Shikari just after they had released A FLASH FLOOD OF COLOUR, a few years back. They are probably my favourite band at the moment, their style is one that you can't really pigeonhole, and their live shows are un-fucking-believable. Problem is, like any band I love, I look forward to their new albums with a twinge of trepidation. THE MINDSWEEP came out a few years back, and although it was okay, it wasn't on par with their previous work, so when The Spark was announced and the singles began to come out, I was a little worried. I needn't have been. The album is an absolute corker, narrowly behind COMMON DREADS, as the best thing they've ever made. I even managed to meet them just after the album was released, and then Justin and I saw them live in Cardiff in November, and they were utterly amazing. Easily my favourite album of the year. 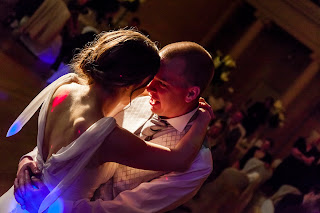 Hey! This meant a lot to me. So, I love planning stuff, our wedding was probably the biggest thing, but last year, when we were working out what to do for our fifth anniversary, we decided to kinda recreate the weekend. So we booked the room we stayed in, at the Queensbury hotel in Bath, we went for a massage and spa, as we did the day before we got married, we even managed to get a cup of tea and a cake in the wedding venue, the Assembly Rooms. We then popped into town for a few drinks, and had dinner at Raphaels, where we met up with some friends and family the night before we got married. It was a really cool day, and something that will live in my mind forever.
4 - Saboteur Awards - May 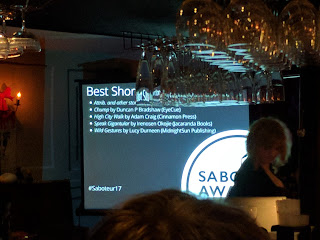 Let's be honest, barring a miracle, my writing is not going to get me fame and fortune, it's not what I do it for. But, when I got an email informing me that my zombie short story collection, CHUMP, had been nominated for a Saboteur Award, I was pretty surprised. Yes, it's not an award which most have heard of, me included, but it mattered. Not because I thought it would win, there was no chance of that, it's just to get some recognition. I put everything into my writing, not just the actual physical typing of words, sentences and stories, but in creating books which are a little different to what is out there. To be able to go down to London with Debbie, have a night out and spend some time together was what made this something to remember. Writing is a very insular thing, so to have something of mine nominated for an award, was really cool. 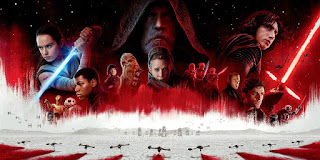 Zombies aside, Star Wars is probably one of my favourite things in the entire world ever. I grew up watching the original trilogy, and though the prequels were pretty poor, when the new films were announced, I was looking forward to them. The Last Jedi though...man, a few iffy bits aside, is now my second favourite Star Wars film out there. I absolutely love Kylo Ren as a bad guy, think he is far more menacing that any of the other bad dudes, Vader included, and this film exceeded even my lofty expectations. The second viewing really helped solidify its status to me, and quite frankly, I couldn't give a flying fuck what some people have been saying about it. Everyone has their own opinion, and mine is that this film does far more good than bad, it gives the franchise a new hope for the future. 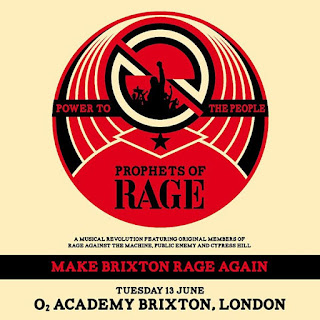 I go to a fair amount of gigs, probably not as many this year as before, but the ones I went to? Fucking hell... None better than a June night in London seeing this 'supergroup', formed from members of Rage Against The Machine, Public Enemy and Cypress Hill. When they formed last year, I told Justin that if they ever came to the UK, we were going. Sure enough, they played Download, and then announced this one date in Brixton. Me and Justin were a few rows from the front, and they basically performed a greatest hits collection of each band. They also did a special acoustic version of Like A Stone, in tribute to the late Chris Cornell. I have never moshed so hard, shouted so much, or been squashed between so many people as I was that night. As me and Justin got back to the hotel, clothes drenched in sweat, voices hoarse, we both agreed that it would be nigh on impossible for any band to top that. A little bonus that night, was meeting up with the ever-cool Kit Power. 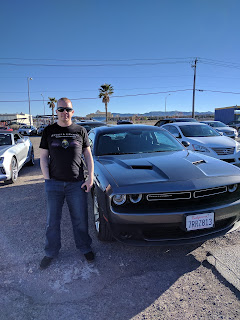 I've wanted to go to America for as long as I can remember, problem is that Debbie is not the biggest fan of flying, especially long flights. But, for my 40th, I knew that there was only one place I wanted to go. We went to Los Angeles, Las Vegas and San Francisco, and some terse moments aside, it is a holiday after all, we spent nigh on a fortnight doing so many cool things, that I have to pinch myself sometimes when I look back on it. We saw our first ever NHL match, went to Universal Studios, yomped up to the Griffith Observatory as day turned to night, and animals were howling in the dark. We went shooting, ziplined down Fremont Street in Vegas, I even managed to get to the top table in poker at the MGM, despite getting ridiculous nosebleeds. I drove us from LA to Vegas in a Dodge Challenger, one of my all time favourite cars, we went to Alcatraz, went on a streetcar, the list goes on. It was everything I thought it would be, and so much more. Even Debbie, who was not looking forward to Vegas, would go back tomorrow if finances allowed it. I'm not one to let age define me, I just do what I feel like doing at the moment in time, but when you reach these milestones, especially hitting a new decade, you do inevitably look back, and cast a nervous eye forward. I think of the person I am today, and what I used to be, and it's true, age does mellow you. I'm not as angry as I used to be, and my impulsive nature, though still there, can be kerbed better. I have no idea how much more time I have on this rock, but I am going to make the most of it, regardless.

So there you go, 2017 in a nutshell. There are so many other things that happened too, track days, moving to a four day working week, all of which were memorable, or will help me in the future. Personally, I would have liked to have released more books this year, ending up with Trapped Within, and some short stories. But I'm not going to stress it. In 2016 I released four books, this year none, it's how it goes. Next year I am looking to release four books, all completely different from the other, and I hope that, should you pick one up, you'll enjoy it, as much as I loved putting it together.