It's been a few months since an update, so thought I'd better cobble some coherent thoughts together, discard them, then waffle on as per normal. First off, I'm glad summer is done with, not sure what it is about this season, but it doesn't agree with me in the slightest. My mood declines rapidly, as the heat renders me sweaty and near useless, and my motivation and ability to deal rationally with adversity also takes a hit.

In that time, heXagram was released to the world, and I'm made up to see it out in the world. Personally, I think it's my best work to date, a real mix of styles and an interesting narrative, which is something a little different to other books out there. Must admit that its reception surprised me a little, I think that whilst it was difficult to pigeonhole, it is pretty much a horror novel. With each book, you learn lessons, and the biggest one I'll take from heXagram, is to stop caring too much about reviews.

Whilst they are good, to a degree, they are purely one persons view on your art. I became a bit too wrapped up in some of the feedback on heXagram, that it, coupled with summer, kinda kicked my arse for a bit. It is what it is, in the main, the reception has been really cool. Most point to being unsure of what to expect, only to then get to the end, and be thoroughly impressed. That's all I can ask for really.

Admission time, I did sit down and wonder if perhaps I should change what I write, following some of the comments. Perhaps I should stick to one thing, and not try to be different. That though, would mean that I'm not doing it for the right reasons. I write what I want, because I believe that the story is an interesting one to tell, not because I think it's going to be super-popular, or for anyone else. I'm not about pandering to trends or other people, and I'm glad I've gone through this now, so that I am 100% clear on it.

2016 has been pretty cool in the main, three books out, making five in total. It was going to be my lot until next year, but I realised that I had a couple of zombie stories not doing anything. After being invited back as a guest to the Festival of Zombie Culture this November, I wanted to bring something new, so I came up with the idea of writing a zombie collection. Nothing quite like giving myself more stuff to do huh? :-)

So, I sat down and wrote six or seven brand new stories about a variety of undead, a number also feature a few familiar faces from my Facebook interactions. I hope that if they read CHUMP, they'll do so with a wry smile at their depiction. 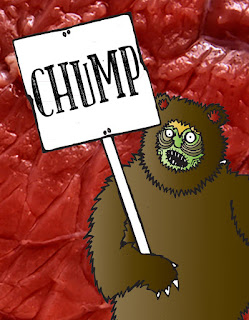 Another thing I realised, is that this year, I have gone from working on one project at a time, to having two, three or even four things on the go at once. This was doing me no favours at all. So from now on, I will be dealing with one thing, seeing it through, before moving onto the next shiny thing. It's a pain in the neck as I've got at least four or five absolute killer ideas in my head, but it needs to be done, more for my sanity than anything.

With that in mind, after CHUMP, I'm gonna be finishing up DEADLOCK, so it will be ready early next year. Then, I'm gonna choose from the list of ideas, and see what's next. The CLASS FOUR trilogy needs the next instalment, but I've had a killer idea for a new zombie book, which will kinda reinvent how they have been portrayed over the past twenty years or so. 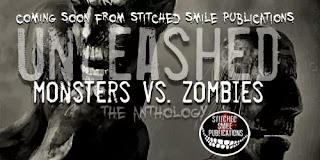 Finally...I have had my first ever short story acceptance. LIVE TO SERVE, will be in the Stitched Smile anthology, MONSTERS v ZOMBIES. There will be two volumes, and am not sure which one it'll be in yet, but it's cool to receive validation of my work. Plus, it came with a little financial reward too. It's not much, but it's still nice to get.

Right, I've blathered on for ages. I really can't wait to get CHUMP ready for consumption, there are some really diverse stories in there, it's a good mix of serious and silliness. Have a good one you lot, take it easy.