Update from my brain

Been super-busy recently with loads of stuff, so thought I'd best give an update on things. First off, I have a bit of announcement to make about Deadlock. This is a tale of a retired thief, who is talked into one last job. Unfortunately, it's a trap, and he and his chums are pitched into Hell. I finished the third draft a few weeks back, and had a few niggly doubts about it. The wife read through it, and whilst she enjoyed it, seemed to suffer from the same problem that I did.

Thing is, there are some really excellent parts to it, it's dark, horrible, yet still quite funny in places. The main problem is that the links between each section aren't right, and I've been unable to put my finger on exactly what is causing the problem. So...I have put it on hiatus, probably until next year. If I had only this book to work on, I think it would make the Halloween launch date with ease, but I've got some stories and events coming up, which mean that my time has to be spent doing other things. I'm a little disappointed, but I want to make sure that when it comes out, it is everything I want it to be, and until I can work out what the hell is wrong with it, and fix, it just isn't working.

So, that means, that my only guranteed release for the rest of 2016, is Hexagram, which is out in a month. Expect to hear more about this as we approach the launch, and beyond. You can pre-order both the physical and digital copies through the links below: 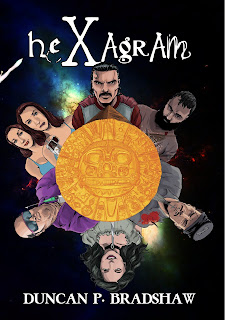 What do I have lined up for the next few months? Well...I've got a few short stories to write for a number of projects, some of which I'll be able to announce in the next few months. Plus, I have a number of interviews and the like to get sorted out, for the Hexagram release. Then, I am going to be picking up my zombie hat again, and finishing up the Class Four trilogy.

The second book, 'Versus' has changed a little in my head over the past few months, and I think it will make it work a lot better. It is now a straight up head to head between the Children of Ishtar, and the two psycho's from Class Three. It'll help add a bit of back story to the first book, whilst setting things up nicely for the conclusion with book three. Having popped down to Rhayader the other day, where the survivors in my book are holed up, I've got a good feel for the lay of the land, and how the huge climactic battle will unfold. 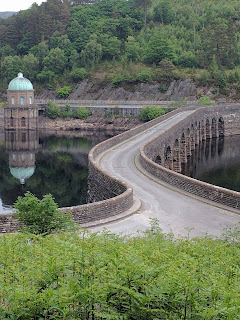 In slightly different news, the small press I co-run, The Sinister Horror Company, has got some excellent releases coming up. The second volume of our charity anthology, The Black Room Manuscripts, is out in a few weeks, and my story, 'Mutant Building 101' is in it. It's an OTT fifties homage to B-movie monster films, and is completely different to anything else in the anthology. Make sure you snag a copy, through the links below:

Finally, July is convention season for the SHC, and you can find my cohorts and I at a number of places during the month. There's a link below to where we'll be, if you're also there, make sure you come across and say hello!

Have a good one peeps.
Posted by Duncan P. Bradshaw at 05:53