Through the many zombie films I watch, once in a while, I come across something which genuinely grabs my interest. The Battery is one such film. It's very much a film of two halves, first off you get to explore the dynamic of the two leads.

You quickly pick up the dislike between the two, Ben seemingly deals with the zombies, he's the batter, Mickey spends most of his time with his headphones on. It's easily a relationship of circumstance not choice.

One scene with a frustrated Mickey in the back of the car is just bizarre, something Mr Justin Park would appreciate.

To me, the film comes alive in the second half, ironically when they are are taken out of their jaunt and put into a static location. The two men bond, and manage to find some common ground.

I really would not want to offer too much more as it was genuinely fantastic. I picked it up really cheap, if you want a zombie film that's a bit different from the usual dirge, get it. 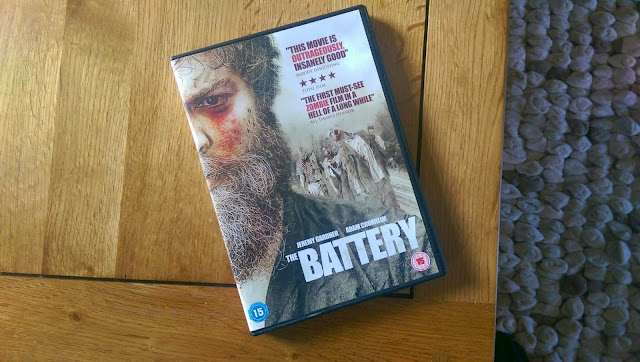