Question, how can you you make a film with Dolph Lundgren better ? Add zombies or robots ? How about both ? Sound epic ? It isn't, not in the slightest.

The setup is like Escape from New York, Dolph, aka Major Max Gatling, has to go into an infected city and rescue some office dwelling, staring out of the window bigwig's daughter, and he only has 24 HOURS !

Yeah, it doesn't get much better. I genuinely felt sorry for Dolph as the director obviously likes watching pensioners try and run. I was on the verge of phoning Age Concern, the poor bastard.

So, the zombies, or not, as Mouse from the Matrix tells us numerous times 'they're not zombies'.....no shit. You can just old age stab one in the chest and they die.

Still, the robots can save the film, yes ?

No. They look relatively realistic and work well, but they just don't really add anything except some competition for the array of stiff acting already on show.

There's some nice gore in places, but most of it is hidden, probably due to the budget being spent on a new hip for Dolph.

One good thing though. It's over within an hour and a half. If you're thinking of watching this, I'd suggest using the 85 minutes composing a haiku involving poor old Lundgren. 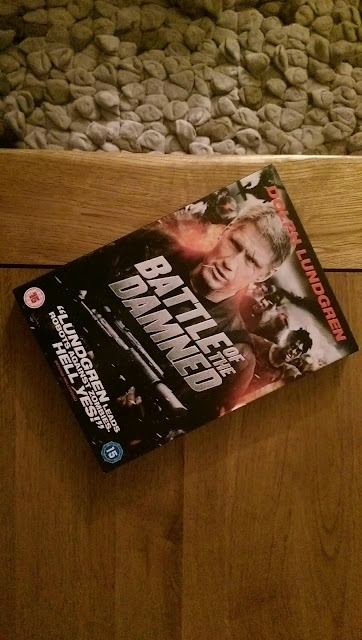