Pretty much every single zombie film you'll see will be set in some town/city in America or Blighty. It was probably one of the things that piqued my interest in The Dead that it broke from this traditional setting, basing it in Africa.

The film uses the backdrop of the Africa wilds to good effect, small villages with head height crops provide idle hiding spots for the shambling dead. Yes, a modern zombie film where they DON'T RUN.

I'm a purist, the thing which makes zombies terrifying isn't them individually, its as a slow moving horde, you under-estimate them and that's where they get you.

The film itself is passable, the last flight from Africa crashes off the coast and the survivors washed ashore. One of the survivors then attempts to make his way to another airfield to get back to his family in the States.

Along the way he meets up with a chap from the local army trying to find his son who was rescued from his now butchered village by the military.

There are some proper gory feeding scenes, some nice little shocks and seriously one of the best zombies I have ever seen. The effects are well done considering the budget.

It falls short as I didn't really feel any connect with either character, pretty formulaic but if you fancy a different background, proper zombies and some decent gore, you could do a lot worse than The Dead. 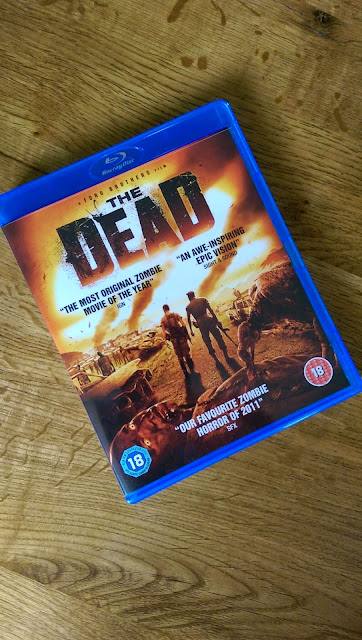